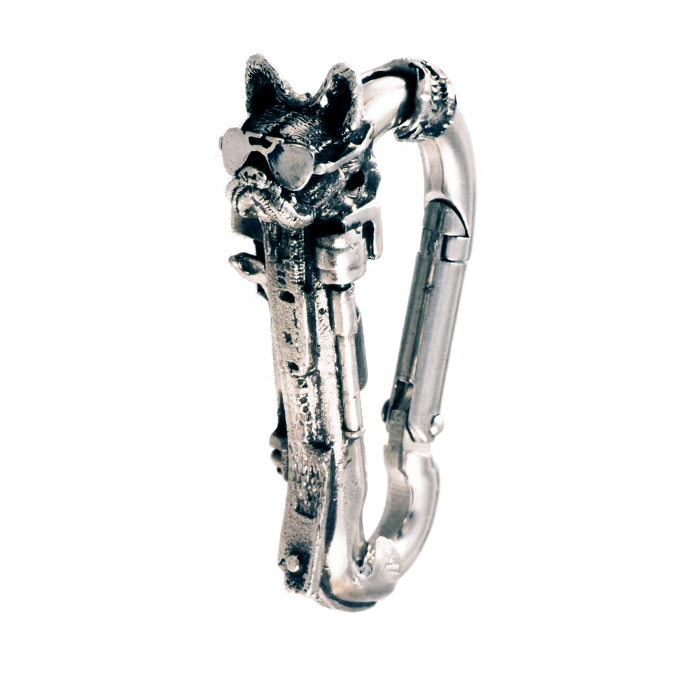 €120.00
Carabiner with sculpture of archeology of the future and Boston Terrier head

I rescued Lampo, our family dog, while we were living in LA about a decade ago: we had a garden, lots of space for him to run around, roll in the grass or lay in the sun. Then we moved to Brooklyn, were his life has been quite different. Like every city dog, he spends most of his life indoors, however we have learned to enjoy our neighborhood by taking frequent walks to the nearby park and running errands together. Whenever out and about, if I need to grab a six pack at the corner deli, or the occasional porterhouse steak at the butcher on the avenue, I proudly use this custom carabiner to secure his leash on a fence or a light pole. A biker friend of mine asked me for one to use with his pup, but next time I met him he actually was wearing on his jeans, holding a chain to his wallet!